HelpSign In
Turn on suggestions
Auto-suggest helps you quickly narrow down your search results by suggesting possible matches as you type.
Showing results for
Show  only  | Search instead for
Did you mean:

Below you'll find a summary of all features and fixes for govService that were implemented over the Q1 period of 2022. These improvements not only include new features that have been planned in advance but also Security Fixes, UI & UX improvements, Performance and Stability improvements and reactive resolutions of issues that get raised by our customers. For a more detailed view of the improvements/fixes please navigate to our support page (link at bottom of page), where individual releases can be reviewed. For quicker discovery though, the release version has also been appended to the end of each item.

For an overview of all release notes, please navigate to the relevant support page.

If you have any issues, then please contact us via our ‘Contact Support’ page, by direct messaging us via our chat service, or during customer calls.

Note: Each release gets rolled out at 21:00 GMT/BST within the UK every two weeks, and 10:00 GMT/BST the following Tuesday within the US. There is usually no loss of service as part of this Scheduled Engineering work, but if we expect a transient loss of Service to occur this will be within the opening 1 hour window of the release. To notify of this an advisory will be present within the release notes prior. 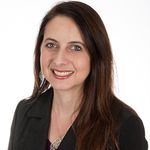 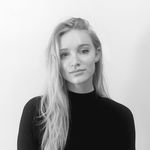